For the Son of Man is going to come in the glory of His Father with His angels; and will then recompense every man according to his deeds. Truly I say to you, there are some of those who are standing here who shall not taste death until they see the Son of Man coming in His kingdom (Matthew 16:27-28).

The question should arise from reading this verse - Was this promise fulfilled? We read here that Yahshua declared to His disciples that some of those standing there with Him when He made this statement would not die before they saw Him return to this earth to rule and reign in His kingdom, returning to this earth in the glory of His Father with His angels to recompense every man according to his deeds. Did this happen? The obvious answer is - No. All of the disciples but John died prematurely. So, was Yahshua’s promise a false claim? On the surface, it certainly appeared to be. He did not set up His kingdom as expected; He did not return in the glory of His Father and recompense every man according to his deeds. So, what is the outcome? What went wrong? Why didn’t the kingdom come as Yahshua declared? The answer is - because of a breach! 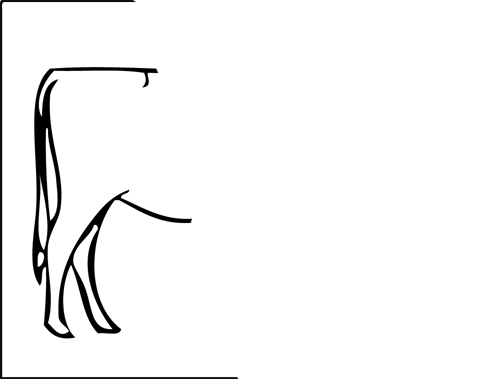 "What did you give me?," you might ask. "You promised to draw for me a picture of a cow. I don’t know that this is a cow. The tail looks like a cow’s tail, and so do the legs; but how do I know for sure this is a cow? Where is the rest of the picture?"

Well, when I went away, I did in fact draw for you a picture of a cow - a complete cow. But as I returned, the picture was rent in two and this is what remained. I’ll have to go get the rest of the picture. So, I go and return with the remainder of the picture. Placing them together we see the full original drawing - a completely intact cow.

Now, the separation of the picture into two parts did not nullify the promise. Certainly it delayed it and produced a bit of confusion and questioning; but in fact, the picture was complete, only it was temporarily separated. Once the two parts were united together, the original complete picture could be seen. It could thus be said here that there was a temporary breach in the picture. The complete picture did in fact exist, only there was a breach or temporary separation in its complete presentation.

This is what took place in the kingdom of God, thus explaining why Yahshua would make such a forthright promise, yet in fact we not see at the beginning its fulfillment. Yahshua said that there were those standing there with Him who would not die until they saw Him coming in His kingdom in glory, recompensing every man according to his deeds. But they did die! Thus, does their death nullify the promise? Is the "picture," if you would, incomplete? Indeed the "picture" is incomplete, even as the picture of a cow’s rump could hardly be considered a picture of a cow. The first portion was an in-part picture, awaiting completion when the remaining portion was to be added. Equally, when Yahshua said that there were those with Him who would not taste death until they saw the Son of Man coming in His kingdom, it must be expected that that promise has been delayed. There has been a breach in the promise!

There must therefore be a part of the "picture" or a work ahead that has never taken place and must still be fulfilled, thus completing the "picture." This is exactly what this uncompleted promise reveals. Since Yahshua made such a clear promise that was never fulfilled, it must be expected that something took place to delay that promise. What did in fact take place was a breach in the kingdom of God in which an imperfect, defiled period followed which separated the original promise from the fulfillment - the "picture" was rent!

Defiled and imperfect Christianity which man has known for 2,000 years, can in no way be considered the perfect kingdom of God which men and women at the time of Yahshua anticipated. Because of His teachings and from reading the Scriptures, everyone at that time anticipated that He would soon set up His kingdom and reign here on earth. But, what transpired did not unfold as they anticipated. Instead of Yahshua reigning, it was not long before corruption and error crept into the kingdom. This corrupt period was in no way the perfect kingdom that He was to bring about; thus, a breach occurred which interrupted and separated the work He came to set up. The work that we see in Christianity in no way fulfills the kingdom that Yahshua would bring. Christianity is in fact a breach or delay period in that work. The kingdom Yahshua will bring will indeed be marked by the promise He made to the disciples - you will not see death until you see the Son of God come in His kingdom. There must be those who will fulfill the promise made to His disciples and not die. When Yahweh begins another work which picks up where the "picture" left off, we will know this by His calling out a people who will not die, but rather be caught up alive into heaven to be glorified with Him in incorruptible bodies. When this occurs, Yahshua's promise will be fulfilled.

If Christianity is in fact the breach and certainly not the fulfillment of the promised kingdom with Yahshua reigning, then who or what is the fulfillment? Even as in our example there was a breach or period in which all that was visible was only a portion of the drawing, so men still wait for Yahweh to perform a special work which will be the remaining part of the "picture." Again, Christianity cannot be the conclusion of the work Yahshua initiated. There must be another work, and this work will be produced by a latter rain outpouring of the Holy Spirit that will complete what He began and promised, quickly bringing His promised return.

Will this happen, and will the parts of the "picture" be brought together again? Every indication from the Scriptures is that the second part will soon occur and the two parts will most certainly be united.

If what is presented here is to happen, we must see in the Scriptures patterns of the very things we have spoken about. Teachers and writers go to great lengths to show that Yahshua was foreshadowed in the Scriptures - as the Passover lamb, as Melchizedek, as the rock in the wilderness. Yahshua even pointed out that His appointed work was seen in Jonah or the serpent on the standard. Any significant work that Yahweh is going to do will equally be foreshadowed in the Scriptures. Now for a most important statement. If in fact Yahweh has ordered the kingdom of God so that there is a unique beginning, immediately followed by an extended breach period, and then culminate with the completion of the originally begun work, then we should see replete examples that pattern or foreshadow these very events. And this is exactly what we find!

Continue to page 2 of The Promise for FORETELLING PATTERNS